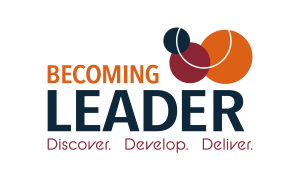 John, 48, has been working for 2 years in the Strategic Large Accounts department of a private bank...

John, 48, has been working for 2 years in the Strategic Large Accounts department of a private bank. He held the same position for 15 years at the market-leading bank. As John did not have the prospect of a senior position in his company, he accepted this position in a less well listed bank. The challenge of being able to move to an executive position within 2 years was a strong motivation for him.

As an account manager in a private bank, John is discreet, energetic and perseverant. He does not have a team as such but works on his client accounts with 3 analysts. These people don’t report directly to him and sometimes John feels limited in his interactions with them as he is not yet their direct manager at the moment and finds it difficult to impose his views.

John has been hired to replace his CEO within 2 years. He should then become CEO of the Belgian branch of this private bank. John has two years to develop his leadership, a strategy and bring his department into the future of strategic account management.

John is a good executor who has never before been at the head of a team and has never been able to develop and decide on a strategy. He accepted this position as a senior executive because he wants to take the next step in his career. However, since he started, he has had no training and even though he is good at what he does, he does not feel comfortable with his future position. With his many years of experience, John finds it difficult to accept proposals from others. In meetings, instead of listening and participating, John is always on the phone answering his clients. He realizes that this behaviour is not inspiring to his co-workers. He is very conscious that he has a real leadership problem that he must solve if he wants to take over the leadership of the Belgian division in just a little over a year’s time.

As an operational expert, John needs to acquire interpersonal skills in order to become an inspiring and motivating leader for his team as well as for the other departments he works with.

From expertise to leadership

From consultant to team leader